The Writer’s Almanac archive is now back on-line!

This site would not exist without Garrison Keillor. For it was in his book Good Poems that I first read the poem that would go on to change–and save–my life, “Wild Geese” by Mary Oliver. His daily poem at The Writer’s Almanac was often the highlight of my day, and many of his offerings found their way here to this very site.

Today is a sad day for poetry lovers. 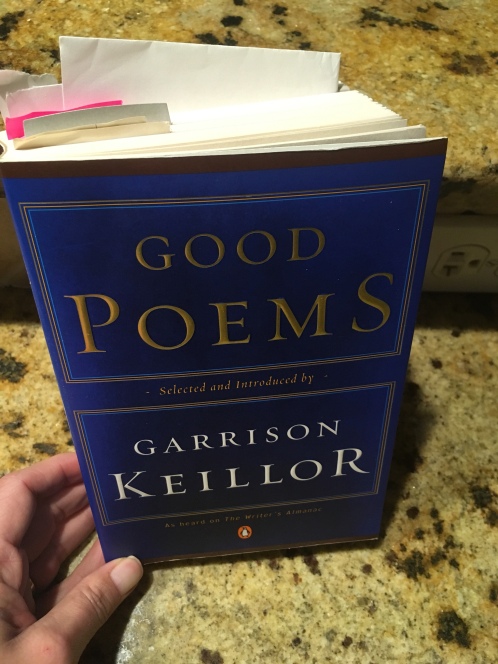 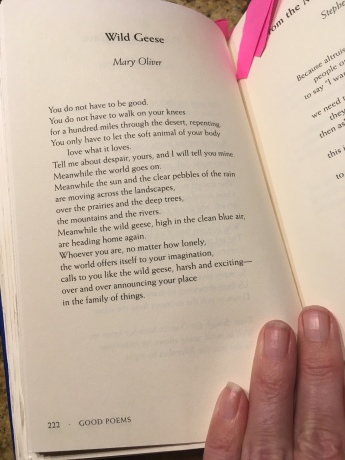 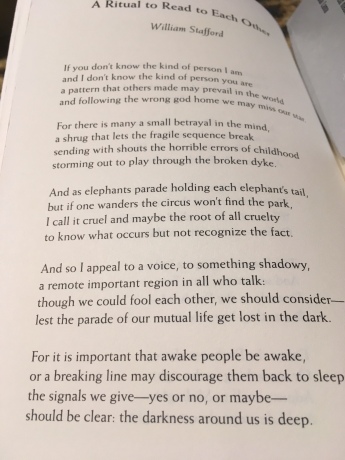 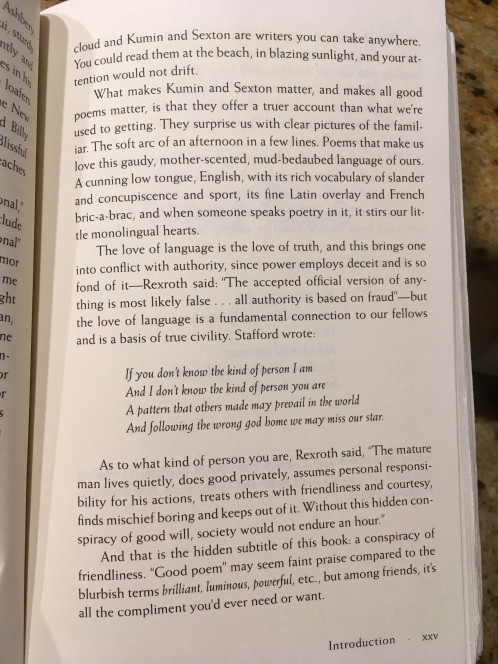 MINNEAPOLIS (AP) — Garrison Keillor, whose stories of small-town characters entertained legions of public radio listeners for 40 years on “A Prairie Home Companion,” became another celebrity felled by allegations of workplace misconduct on Wednesday when Minnesota Public Radio terminated his contracts.

The homegrown humorist told The Associated Press he was fired over “a story that I think is more interesting and more complicated than the version MPR heard.” Keillor didn’t detail the allegation to AP, but he later told the Minneapolis Star Tribune that he had put his hand on a woman’s bare back when trying to console her.

“I meant to pat her back after she told me about her unhappiness, and her shirt was open and my hand went up it about six inches. She recoiled. I apologized,” Keillor told the newspaper in an email. “I sent her an email of apology later, and she replied that she had forgiven me and not to think about it.

“We were friends. We continued to be friendly right up until her lawyer called.”

MPR said only that it received a single allegation of “inappropriate behavior” against Keillor last month about an alleged incident during his time hosting “A Prairie Home Companion.” Keillor retired as host of the radio variety show last year, but continued to work for MPR on various projects.

MPR said it had received no other complaints but had retained an outside law firm that was continuing to investigate.

On Wednesday, Keillor didn’t say when the incident with the woman occurred. In his statement to AP, Keillor said it was “poetic irony to be knocked off the air by a story, having told so many of them myself.

“But I’m 75 and don’t have any interest in arguing about this. And I cannot in conscience bring danger to a great organization I’ve worked hard for since 1969.”

When I visited TheWritersAlmanac.org, the site was no longer there and redirected to a statement by MPR which included:

* end distribution and broadcast of The Writer’s Almanac and rebroadcasts of The Best of A Prairie Home Companion hosted by Garrison Keillor;

* change the name of APM’s weekly music and variety program hosted by Chris Thile; and,

* separate from the Pretty Good Goods online catalog and the PrairieHome.org website.

All personal opinions aside, this is a heart-breaking day for me and for all poetry lovers.

The last poem published at The Writer’s Almanac, which I have thanks to my email subscription, was “Bear In Mind” by John Martin:

“Bear In Mind”
By John Martin

A bear is chasing me through a meadow
and I’m running as fast as I can but
he’s gaining on me—it seems
he’s always gaining on me.
I’m running and running but also
thinking I should just
turn around and say,
“Stop it! Stop chasing me. We both
know you aren’t going to catch me.
All you can ever do is chase me. So,
think about it—why bother?”

The bear does stop,
and he sits on his haunches and thinks,
or seems to think. And then
the bear says to me,
“I have to chase you, you know
that. Or you should. And, sure,
we both know I’ll never catch you.
So, why not give us both a break and
just stop thinking about me?”

But, with that said, he gets back on four feet,
sticks his long pink tongue out, licks down
both sides of his snout. Then he sighs, looks
behind himself, then at me and says, “Okay,
ready when you are.”

The meaning of poetry is to give courage. A poem is not a puzzle that you the dutiful reader are obliged to solve. It is meant to poke you, get you to buck up, pay attention, rise and shine, look alive, get a grip, get the picture, pull up your socks, wake up and die right. . . .

People complain about the obscurity of poetry, especially if they’re assigned to write about it, but actually poetry is rather straightforward compared to ordinary conversation with people you don’t know well, which tends to be jumpy repartee, crooked, coded, allusive to no effect, firmly repressed, locked up in irony, steadfastly refusing to share genuine experience—think of conversation at office parties or conversation between teenage children and parents, or between teenagers themselves, or between men, or between bitter spouses: rarely in ordinary conversation do people speak from the heart and mean what they say. How often in the past week did anyone offer you something from the heart? It’s there in poetry. Forget everything you ever read about poetry, it doesn’t matter–poetry is the last preserve of honest speech and the outspoken heart. All that I wrote about it as a grad student I hereby recant and abjure—all that matters about poetry to me now is directness and clarity and truthfulness. All that is twittery and lit’ry: no thanks, pal.

This week of Words is being hosted by poet Brian Dean Powers. We hope you enjoy his selections. Brian shares his poetry at The Body’s Heated Speech. I hope you will stop by to say hello. Thank you, Brian, for your support and for the beautiful Words. ~ Christy

“I went up in the ferris wheel for a last ride before being thrown into seventh grade. It went up into the stars and fell back to earth and rose again, and I had a magnificent vision, or think I did, though it’s hard to remember if it was that year with the chocolate cake or the next one with the pigs getting loose. The ferris wheel is the same year after year. it’s like all one ride to me: we go up and I think of people I knew who are dead and I smell fall in the air, manure, corn dogs, and we drop down into blazing light and blaring music. Every summer I’m a little bigger, but riding the ferris wheel, I feel the same as ever, I feel eternal. The combination of cotton candy, corn dogs, diesel smoke, and sawdust, in a hot dark summer night, it never changes, not an inch. The wheel carries us up high, high, high, and stops, and we sit swaying, creaking, in the dark, on the verge of death. You can see death from here. The wind blows from the northwest, from the farm school in Saint Anthony Park, a chilly wind with traces of pigs and sheep in it. This is my vision: little kids holding on to their daddy’s hand, and he is me. He looks down on them with love and buys them another corn dog. They are worried they will lose him, they hang on to his leg with one hand, eat with the other. This vision is unbearably wonderful. Then the wheel brings me down to the ground. We get off and other people get on. Thank you, dear God, for this good life and forgive us if we do not love it enough.”

Hi Mary! Thanks to your piece for inspiring today’s quote.

Looking for something in particular? Search here:

Care to read through the archives?

Most “Liked” Posts (by WordPress members)